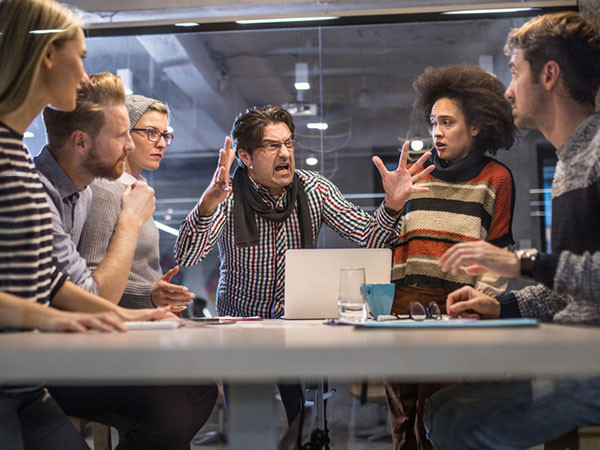 You’ve been trying to get your point across, but it’s not getting through. It’s getting you frustrated, maybe a little offended, so you go for a different approach.

Now, concert-level volume has its place, like for saying, “There’s a bear behind you” or “Power line down.” But the big question is, how often do those situations come up? The answer is, rarely.

Next question: How often do you reach that intensity? “Too often” is that answer. You know that it doesn’t work. It never feels good. It never makes the situation better. You would just like to stop doing it.

It’s good to have that desire, but you need more to make it happen. What helps is to play detective to uncover your triggers, then set reasonable expectations, because underlying the yelling is stress, something that isn’t disappearing. The question, as Dr. Antonia Chronopoulos, clinical psychologist at Massachusetts General Hospital, asks, is “How do you regulate yourself in a tense situation?”

Start with the basics

Before you can stop, it helps to understand why we yell in the first place.

We could be in a debate and feel like we’re not being heard. We take it as an insult, get frustrated, and the brain’s limbic system sees it as a threat and sets off the fight-or-flight response.

Our blood pressure rises, breathing becomes shallow, and muscles tense up. Since our history factors in, we can start making assumptions. Adrenaline makes everything go faster, and our attention narrows. “When we’re in survival mode, we’re not thinking about creative solutions as effectively,” she says. “The prime directive is to defend, escape, or fight.”

It’s also not a solo act. We’re yelling at someone, and our attempt to control the situation triggers that person, setting off the aforementioned emotional and physiological reactions, and possibly creating a shoutfest (which is anything but festive).

And there’s one more part, which gets overlooked: the flight element. If we decide to not yell and end up holding anger in, the same process is still taking place: the tense muscles, shallow breathing, narrow focus. We might not be making a lot of noise, but we’re far from calm or looking to improve the situation. “It’s almost like a freeze response,” Chronopoulos says.

The goal is to find the middle ground: not fighting, not flighting, and where you can be more in tune with the other person.

How you get there

It’s not impossible to calm down while yelling. You can find a way to break the dynamic with deep breathing, pausing the conversation, and/or walking away from the trigger, but it is difficult. The best course is to practice strategies before you need to call upon them, because fear is a primitive emotion, and once we’re in it, the body becomes hijacked. “You can’t just relax in a heated moment,” she says.

It starts with awareness

Log your behavior over one week, noting what prompted the yelling and rating your anger from zero to 10. Think about everything involved: the people, topics, location, and whether you had eaten or slept well, because self-care affects your ability to handle stress.

When you give your anger a number, it becomes more objective. You can feel the difference between a 1, 4, and 8, and are more able to control something in the early stages. And when you write down your observations, you can see patterns and start thinking about how to prevent trouble spots. It might be carrying food, avoiding certain people, or scheduling a potentially tough interaction for when you’re at your best.

There’s no magic count. People have their own approaches. Chronopoulos suggests to just notice your breathing, or even walk away and count to 10. The result is similar. Your mind is off the stress and onto something practical and concrete. One more exercise is to progressively relax your muscles when you’re calm. You’ll then be better able to distinguish between when your body is at ease and when it’s tense. Chronopoulos calls it “discrimination training.” With this knowledge, you can remind yourself to do something as simple as lower your shoulders or unclench your hands.

Imagery is another tool

Preview your day and play out how you’ll handle the sticky moments. When the real thing happens, it won’t be the first time you’re experiencing it.

In the actual situation, use assertive dialogue over yelling or silently seething. It’s about keeping things in the first person, naming the problem, and avoiding calling out the other person. Clearly say, “When you say X, it really upsets me,” then shift into asking, “What can we do to make this work?” It goes from competition to negotiation. “Our voice can become the tool to resolve the conflict,” she says.

You can aspire to never yelling, but it may still happen

And finally, realize that none of the above is foolproof. You can’t predict every situation or be constantly mindful. You can also have different reactions to the same situation, because each day is different. “We’re never in a static state of mind,” Chronopoulos says. “But by taking these measures, we’re putting ourselves into a position for having more control of our emotions and being able to respond in a way that’s more effective.”